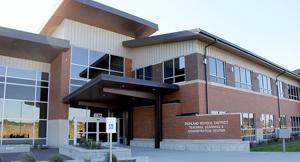 RICHLAND, Wash. – After a judge ruled Wednesday that the recall effort of Kari Williams, Semi Bird, and Audra Byrd could move forward, the three have decided to ask the Supreme Court of Washington to review the decision.

“My clients simply disagree with the conclusion of the trial judge and want to exercise their right to have the entire matter reviewed by the Washington State Supreme Court,” said Jerry Moberg, attorney for the board members, “We will likely file a motion with the trial judge to reconsider a part of her ruling in this case before we file a notice of appeal to the Supreme Court.”

“This case highlights an important issue of the right of elected public officials to vote for what he or she believes is right and not have to face a recall action every time a vote is taken on a controversial issue,” said Moberg.