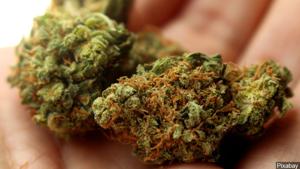 “It is long past time the federal government catches up to Washington State when it comes to cannabis laws,” said Murray.

The new bill, introduced alongside Chuck Schumer (D-NY), Ron Wyden (D-OR), and Cory Booker (D-NY), would decriminalize, regulate, and tax cannabis at the federal level and empower states to implement their own cannabis laws.

The Cannabis Administration and Opportunity Act aims to:

Protect Public Health: strong cannabis safety standards would be established, including limiting sales to persons over the age of 21.

Prioritize Restorative and Economic Justice: would expunge federal cannabis convictions and would encourage states to do the same.

Regulate and Tax Cannabis: transfer jurisdiction from the DEA to FDA and implement excise taxes on cannabis.

Encourage Research: would require more research into impacts of cannabis on health and public safety.

“This legislation’s about justice, strengthening our economy, and bringing the federal government into the 21st century,” said Senator Murray. “It will also strengthen our economy by finally recognizing the cannabis industry and modernizing federal regulations.”

The full text of the Cannabis Administration and Opportunity Act can be read HERE.