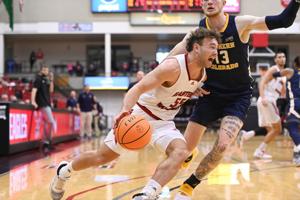 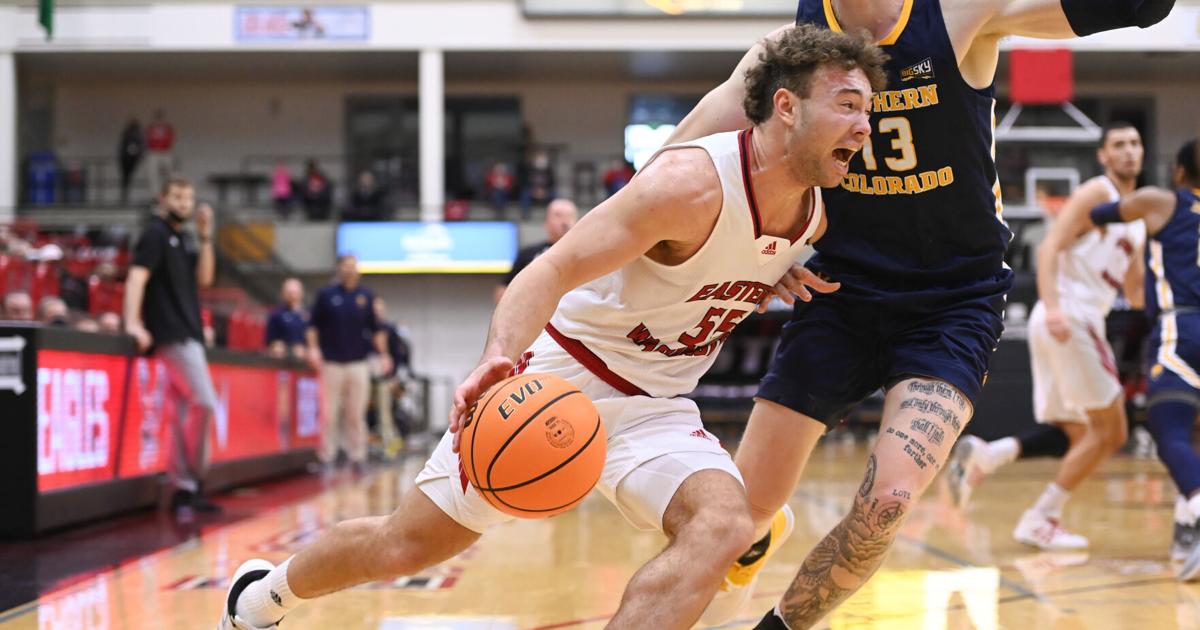 Earlier in the season, David Riley talked about how the recipe for winning a conference title is to win every home game and split all the road trips.

Offensively, Eastern Washington has played well enough to abide by that formula, averaging the fourth-most points in the conference.

But defensively, the Eagles men’s basketball team hasn’t been good enough – especially at Reese Court, where it has played some of the Big Sky’s best teams. And that was the case again in Cheney on Saturday, in an 87-83 loss to Northern Colorado.

“We didn’t make the plays we needed to down the stretch,” said Riley, the Eagles’ first-year head coach. “(But) what stands out to me is our defense. We’ve got to take a step up.”

Northern Colorado shot 57.1% in the game, better than all but one of Eastern Washington’s opponents this season (Texas Tech shot 59.2% against Eastern on Dec. 22).

Eastern trailed by as many as nine in the second before taking the lead briefly, 81-80, on a two-point drive by Rylan Bergersen with 42.4 seconds left. Bergersen finished with a team-high 26 points on 9-of-16 shooting and a 6-for-9 effort at the free-throw line. He also had five assists and four steals.

But senior Daylen Kountz, the conference’s leading scorer, answered Bergersen’s basket with a driving 2 of his own that reclaimed the lead for the Bears just 12 seconds later.

Ellis Magnuson missed an open 3-pointer on the ensuing possession, and while the Bears missed a free-throw down the stretch to give the Eagles one more chance at a tie, Linton Acliese III’s leaning 2-pointer in the lane rolled off the rim in the final seconds with the Eagles down two.

Northern Colorado (10-8, 5-1) had five players reach double-figures in scoring, led by Kountz’s 29 points, his second-best total of the season.

Senior Bodie Hume had 13 points and 10 rebounds for the Bears, grad transfer Dru Kuxhausen had another 13 points, and senior Kur Jongkuch added 14 more on 6-of-7 shooting, including a thundering drive-and-dunk play in the second half.

“Their guys (play) well together,” Eagles senior Angelo Allegri said. “It just makes it hard for us. (But) like coach (Riley) said, although they have experience, it still comes down to us getting stops. That’s definitely a winnable game for us.”

Against Northern Colorado, the Eagles were able to keep pace in the first half and led by as many as six points, 27-21, after an Ethan Price basket with 7:36 to go before halftime.

But Kountz quickly got two points back on a jumper, Kuxhausen then scored on a steal-and-layup, and Hume erased the lead completely with a putback on the next possession.

Eastern never had a lead greater than four the rest of the half.

After halftime, the Bears – who have made more 3s than any other Big Sky team this season – attempted just five 3-pointers, shifting their focus to attacking the basket and drawing fouls.

The Eagles fell behind by as many as nine but rallied behind redshirt freshman Steele Venters, who finished with 25 points, 18 of which came in the second half. Allegri and Acliese each added 10 points.

“We’ve got to find a way to win these tough games,” Riley said, “and we’re kind of stuck on a plateau right now where we’re not defending where we need to defend, and we’ve got to break through that.”

Now the Eagles play their next five games on the road, including Monday at Idaho State. From there they will visit Montana State on Thursday and then Montana two days later.

The following week they are scheduled to play at Weber State and Southern Utah, capping a stretch of four consecutive games against teams with winning Big Sky records.