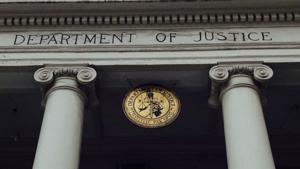 Judge Peterson also ordered Brischle to pay more than $175,000 in restitution for the damages arising from a fire she started in her ex-boyfriend’s home. Brischle will also serve three years of federal supervised release after she gets out of prison.

Brischle pleaded guilty in May 2022 and has been in federal custody since July 2021.

Investigators determined that the fire had been set intentionally. For the next several months, Brischle used online applications to obscure her identity while she continued to send her ex-boyfriend threatening and harassing texts and emails.

In one message, she claimed to have paid another person to torture and mutilate him and to kill his dog.

“In the information age, Internet stalking has become a significant problem that crosses state and international boundaries and subjects innocent people to serious harassment,” said Vanessa R. Waldref, the United States Attorney for the Eastern District of Washington.

Fortunately, through the collaborative work of ATF, the Spokane Police Department, the Spokane Fire Department, and the Kalispel Tribal authorities, law enforcement was able to hold the defendant accountable and prevent her from causing further damage and harassment, said Waldref.

“The United States Attorney’s Office is committed to protecting our communities from cybercrime and physical violence to keep Eastern Washington safe and strong,” said Waldref.

“Arson is a heinous crime that has broad impacts, not only on those who are directly affected, but because of the risk it presents to the community as a whole,” said ATF Seattle Field Division Special Agent in Charge Jonathan T. McPherson. “This sentence should deter anyone who contemplates engaging in the destructive, cowardly act of setting someone’s home on fire.”