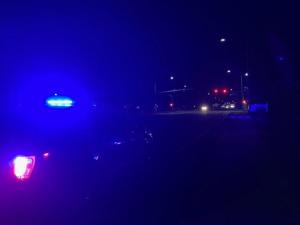 Kennewick Police Department says they responded to the 400 block of South Edison around 7:30 Sunday night after a car had been hit by gunfire. This happened at a building located at the intersection of W Fourth and S Edison.

Police say nobody was injured, and this could potentially be a drive-by shooting. They did find at least one casing at the scene.

KPD says they do not have anybody in custody at this time. They say they do have a description of the suspect vehicle but are not releasing details.

Police also say they do not know if this is connected to an earlier incident in Pasco that happened on Sunday near Pilot lane.

Police say they don’t believe there is a danger to the community because they think this was an isolated incident.

This is an ongoing investigation.