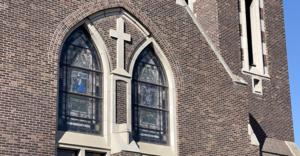 Tri-Cities – On February 22nd, WSU Tri-Cities held a panel where LGBTQ+ community members opened up about their journey’s to self discovery. A common topic that came up was their relationship with religion. Two panelists in particular Luis Madrigal and Gemini Stark shared how in the past they were vert religious and even wanted to be leaders in their respected churches but left that behind after they realized they had to choose between their faith and true acceptance.

“Its like the message you get told is ignore your feelings. You aren’t allowed to be who you truly are for so long, so when you finally accept who you are. You have to re-learn everything” said Luis Madrigal, Mental Health Counselor.

“The whole book of Leviticus is full of rules that we are supposed to follow. where it says man shall not lie with man, but it also says we shouldn’t wear mixed fabrics or certain types of meat there are many different rules in that passage that people don’t follow to this day” Gemini Stark, Wavelengths Hair Artist.

After speaking with local LGBTQ+ community members, NBC Right Now reached out to local religious leaders to get their take on statements made at Tuesday’s panel.

“In my 25 years as a pastor, I’ve noticed that we have a tendency to create god as just a bigger and powerful version of us” Reverend Mark McMurray, Kennewick First United Methodist Church.

Reverend McMurray apologizes to any member of the LGBTQ+ community that has ever had a negative experience from an organization that was supposed to be a representation of gods love. He hopes in the future that not only his congregation but every congregation can reflect a community that loves god and loves our neighbor.