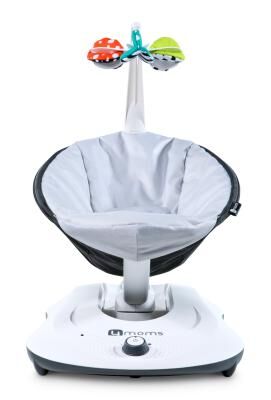 The U.S. Consumer Product Safety Commission announced Monday the baby product-maker 4moms has recalled more than 2 million infant swings and rockers after a death involving one of its products was reported.

According to the recall notice, when the swing or rocker on the MamaRoo and RockaRoo products is not in use, its restraint straps can dangle below the seat, creating a hazard for a crawling infant, who could become entangled in or strangled by the straps.

4moms said it had received two reports of entanglement incidents involving infants who became caught in the strap under an unoccupied MamaRoo infant swing after the child crawled under the seat. One 10-month-old died from asphyxiation, the recall notice said. Another 10-month-old suffered neck bruising before being rescued by a caregiver. No incidents involving the RockaRoo product have been reported.

“Consumers with infants who can crawl should immediately stop using the recalled swings and rockers and place them in an area where crawling infants cannot access them,” the U.S. Consumer Product Safety Commission’s recall notice said.