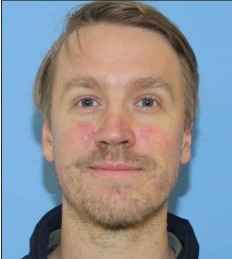 Aaron Kelly entered the store Fred Meyer in Richland using the north entrance pushing a cart with duffel bag and backpack. Kelly encountered Justin Krumbah talked for 10-15 seconds and then shot Krumbah who was the first victim who died at the scene of the shooting.

11:03am was when the first shots were reported. Richland regional agencies and the Richland Fire Department responded to the scene arriving at around 11:05am and their main priority was stopping the killing. Advanced life saving measures were used on Krumbah who died at the scene while the second victim was shot twice in the chest and taken to Kadlec Regional Medical Center for surgery.

Kelly fled the scene and was not their when police arrived.

With the help of US Marshals Fugitive Task Force Kelly was arrested near Moses Lake. They have not recovered the weapon yet but know it was a handgun.

Kelly invoked his rights and has remained silent since. The police don’t think the shooter had a relationship with the victims and don’t know his reason for shooting. He was booked for first degree murder and attempted first degree murder.

People who knew the shooter described his mental health was declining. In fact, former roommate Bryant Scott filed a civil harassment claim in 2020 against Aaron Kelly saying he was often mean, frustrating, tried to poison his dogs, accused him of having child pornography, stalked him and his friends and harassed him to the point that Bryant had to sell his home and leave to get away from Kelly. Bryant said he repeatedly tried to ask him to leave and also tried to get a restraining order against him but was unsuccessful.

The Director of Corporate Affairs from Fred Meyer was at the briefing too and said that Fred Meyer will be closed for a bit to give the community time to grieve.

The man in the hospital is now in stable condition and the family do not want us to release his name.