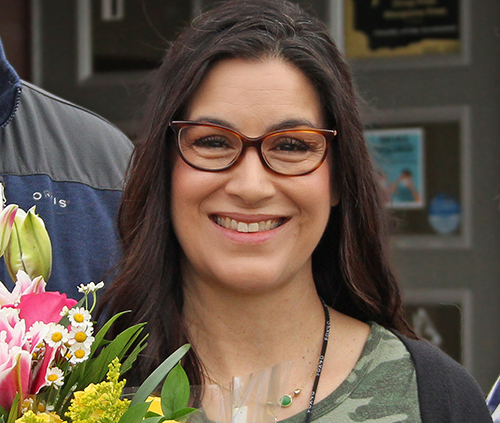 For the second year in a row a Richland School District staff member will be one of nine individuals considered for the Washington State Classified School Employee Of The Year.

RSD nominated Mrs. O’Brien-Green, who most recently served on the administrative team at William Wiley Elementary, for the state award earlier this year. Her dedication in showing up to support students and staff inside and outside the classroom

“Stephanie is a shining example of how our staff make schools such critical resources not only in preparing students for their futures but meeting their daily needs,” says Assistant Superintendent Brian Moore. “We’re excited to have her represent our schools.”

Mrs. O’Brien-Green joined the district in the 2009-10 school year as a paraeducator at Chief Joseph Middle School. She served as Tapteal Elementary’s administrative assistant for two years before joining the team at William Wiley in the 2017-18 school year.

Holly Hernandez was RSD’s 2021 nominee for State Classified School Employee of the Year who was also selected as ESD 123’s regional nominee.