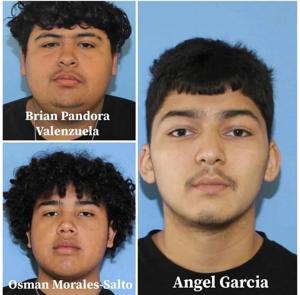 Three teens from Pasco are charged with murder after a shooting off Pimlico Dr. on August 7, that left one person dead and two others in the hospital.

An arrest warrant was issued in August 12. The three appeared in court for a second time on August 16, where they were asked to surrender their weapons.

Aside from being ordered to surrender their weapons, a no-contact order among each other and the surviving victim.

This is a developing story and we will work to provide updates as more information becomes available.