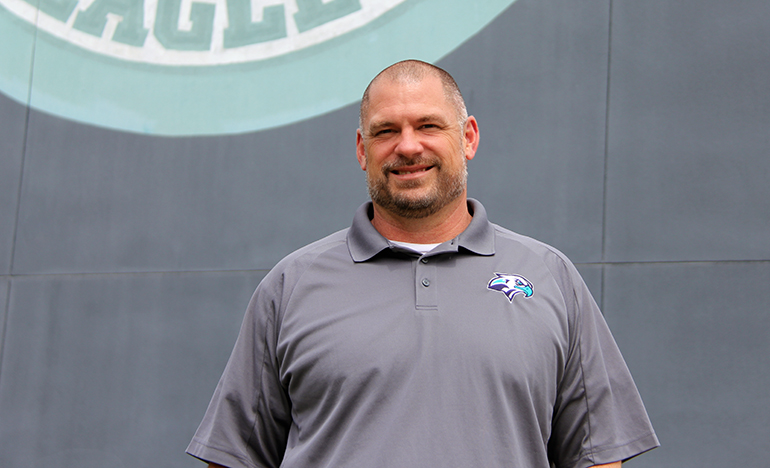 A current administrator at Chief Joseph Middle School with extensive experience at the secondary school level will be the middle school’s next leader.

Mr. Davis has served as a Chief Joseph assistant principal for the past three years and held other leadership roles within and outside Richland School District. District leaders are confident he will help the school’s students and staff be successful.

“Eric loves being at Chief Joseph and wants to help its students and staff prosper,” says Deputy Superintendent Mike Hansen. “He has the skills and the passion to make that happen.”

Mr. Davis’ career in education spans more than 20 years, with his first teaching position at Ellensburg High School as a special education teacher in 1999. He spent 14 years at the school, rising to become an assistant principal and athletic director for the Ellensburg School District. He then joined RSD’s Hanford High School in the 2013-14 school year, where he became an assistant principal and athletic director before joining Chief Joseph in the 2019-20 school year.

Mr. Davis’ career has been focused on empowering students, from his work in the classroom to extensive basketball, football and golf coaching experience. Helping schools build supportive and inclusive cultures is crucial to student success, he says.

“Becoming principal at Chief Joseph is a dream fulfilled for me,” Mr. Davis says. “Now I get to do even more to help our students fulfill their dreams.”

Mr. Davis holds an associate degree from Walla Walla Community College, a bachelor’s in special education from Central Washington University as well as a master’s in educational administration.