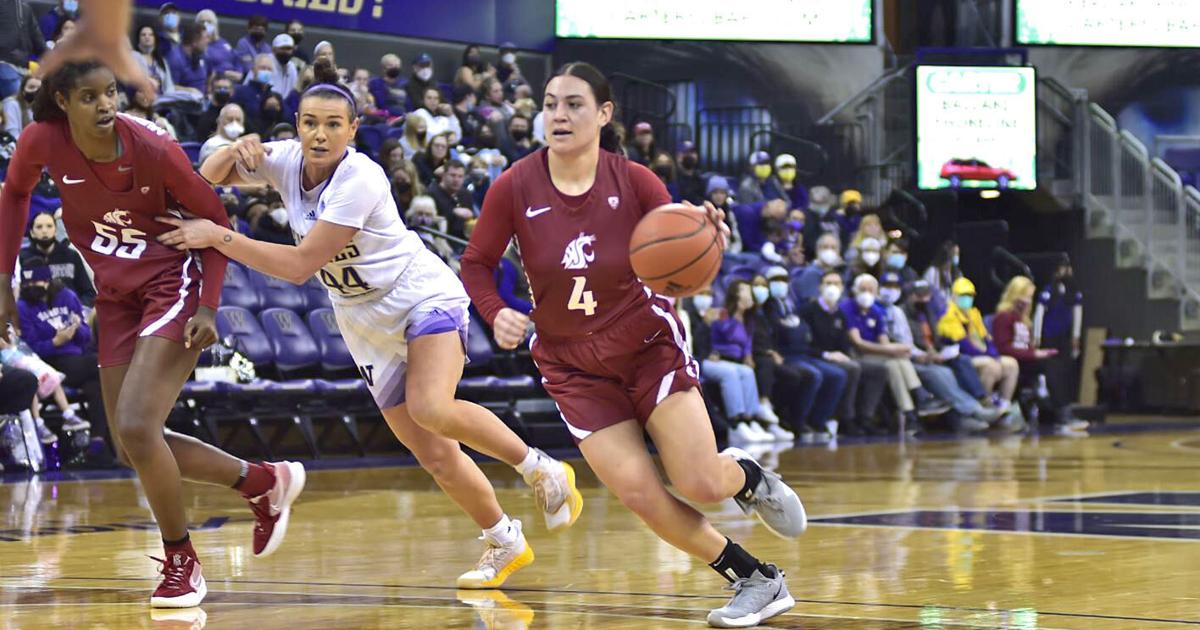 The women’s basketball edition of the Apple Cup rivalry has been dominated by Washington State lately, and nothing changed on that front Sunday.

Charlisse Leger-Walker fired in 19 points to lead the Cougars to their second win over Washington in three days, this time a 57-43 rout in Seattle in a Pac-12 Conference matchup.

WSU (13-6, 5-3 Pac-12) has won five consecutive games in the series, the first time the Cougars have accomplished that feat since the mid-1970s. Head coach Kamie Ethridge improved to 7-1 in the series.

WSU, which beat the Huskies 60-56 in Pullman on Friday, trailed 8-2 in the first quarter before Leger-Walker knocked down three jumpers in a row during a 10-0 run that gave the Cougars a four-point advantage. Teder’s 3-pointer at the buzzer sent the Cougars into the second quarter holding a 15-10 lead.

Krystal Leger-Walker made a 3-pointer to give the Cougars a 22-10 cushion at the 6:26 mark of the second quarter. WSU mustered just one more basket before halftime, however, and the Huskies narrowed the gap to 24-21 with Missy Peterson’s bucket just ahead of the horn.

The teams traded the lead several times in the third quarter, and Van Dyke’s bucket with 3:33 left in the period gave UW its final lead at 35-34. The Cougars scored the final seven points of the quarter to take a 41-35 lead into the final period.

The turnover disparity – WSU had seven – helped the Cougars attempt 62 shots from the field compared to UW’s 46.