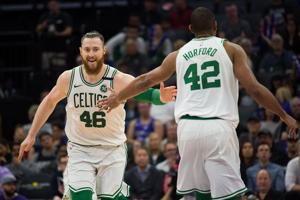 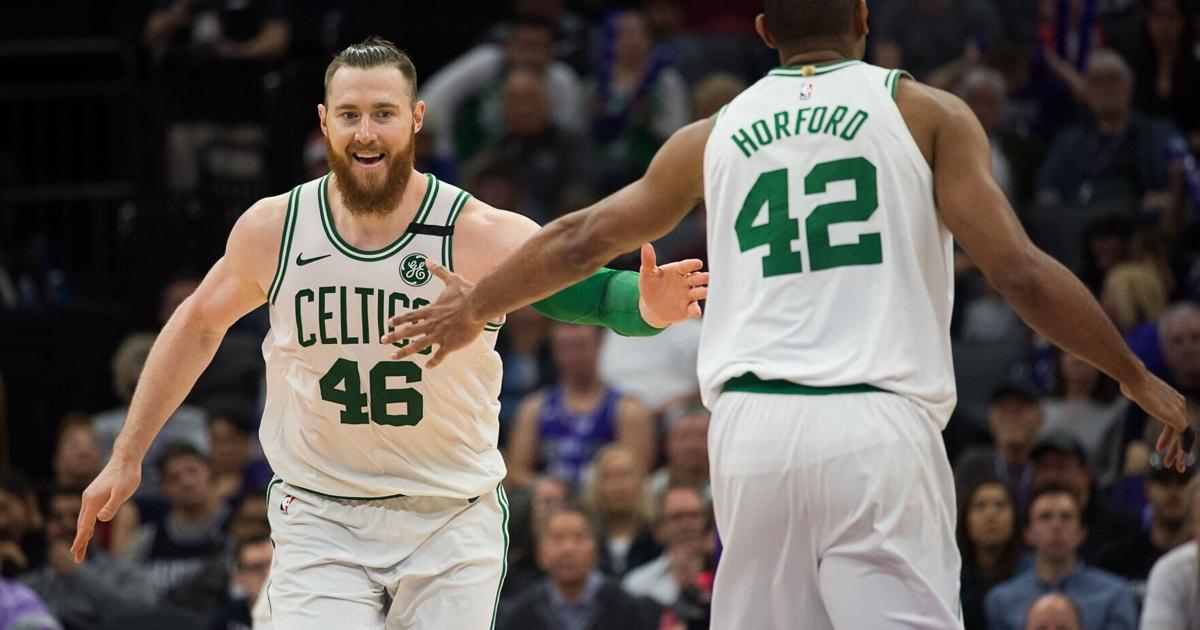 One year after suffering a devastating injury, Aron Baynes has recovered and returned home to resume his basketball career.

Baynes, a pro hoops veteran from Australia and a 2009 Washington State graduate, signed last week with the Brisbane Bullets of the NBL.

“I’m excited every day – excited to be out there, running around,” Baynes said Thursday during an introductory news conference in Brisbane. “Over the last few years, with the COVID stoppages and myself going through an injury, I know my happy place is being on the basketball court.”

Baynes sustained a career-threatening spinal cord injury while playing for Team Australia at last year’s Olympics in Tokyo. He fell during warmups before a game against Nigeria. Three days later, in the middle of a game against Italy, he took a hard fall in the locker room and was later found unconscious, according to ESPN.

Thus began a grueling rehabilitation process. Baynes couldn’t walk for two months, per ESPN, but soldiered on and eventually made a remarkable bounce-back, returning to the court earlier this year for limited basketball activities. A three-time Olympian and longtime NBA journeyman, Baynes reportedly worked out for a handful of NBA teams this summer before agreeing to a two-year deal with Brisbane – the capital city of Baynes’ home state of Queensland.

“I’m trying to build the program here and I’m looking forward to what we can do for basketball here in Queensland,” he said. “It’s the state I grew up in. Basketball’s been great to me. Trying to give back on and off the court is a big part of why I wanted to be here.

“My family’s in Brisbane. So, trying to build the community that my family is a part of is definitely something that’s big for me.”

His contract includes an international player buyout clause, which allows Baynes to return to the NBA should he receive an offer.

He played in the NBA for nine consecutive seasons before his injury, beginning his career in San Antonio in 2012. He held down a role for the Spurs for three seasons – helping the team to an NBA title in 2014 – before short stints with Detroit, Boston, Phoenix and Toronto. Baynes has appeared in 522 NBA games and his career averages stand at 6 points (on 49% shooting), 4.6 rebounds and 0.5 blocks per game.

“My ultimate goal is to get back to the NBA,” he said Friday on a Brisbane radio show. “It’s kinda one of those things that (NBA teams) need me to show them what I can do and still do it at the same level. I need to go out there and compete and play five-on-five. The opportunity to do it at home around my kids and to be with my family during the nights, and to go pick them up from school, that was pretty much the icing on the cake. You can’t ask for a much better situation than that. I’m happy we were able to work something out with the Bullets.”

Brisbane general manager Sam Mackinnon, quoted in a news release, called Baynes a “game-changer in the NBL.” It wasn’t long ago that Baynes was a key contributor in the NBA. In fact, he’s less than three years removed from his finest NBA performance – he poured in 37 points and drained nine 3-pointers for the Suns in one 2020 outing. Baynes and former NBA MVP James Harden are the only players in league history to record 35-plus points, 15-plus rebounds and nine or more 3s in one game.

“I’m just going out and doing what I’m known to do, how I play basketball – that’s what got me into the NBA to begin with,” Baynes said Thursday. “It’s about going out there and playing the right way every time I hit the floor, and showing that I still can do what I was able to do before.”

Baynes went unselected in the 2009 NBA draft and spent a few seasons as an international pro after a distinguished career at WSU. The 6-foot-10 center tallied more than 1,000 points across four seasons from 2005-09, starting 86 college games and finishing his WSU career with per-game averages of 8.7 points (on 54.6% shooting), 5.4 rebounds and 0.8 blocks. The Cougs made back-to-back NCAA Tournament appearances in his final two seasons.

Baynes will make his official comeback to pro competition when Brisbane opens its season Oct. 1.