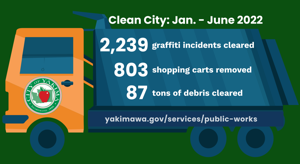 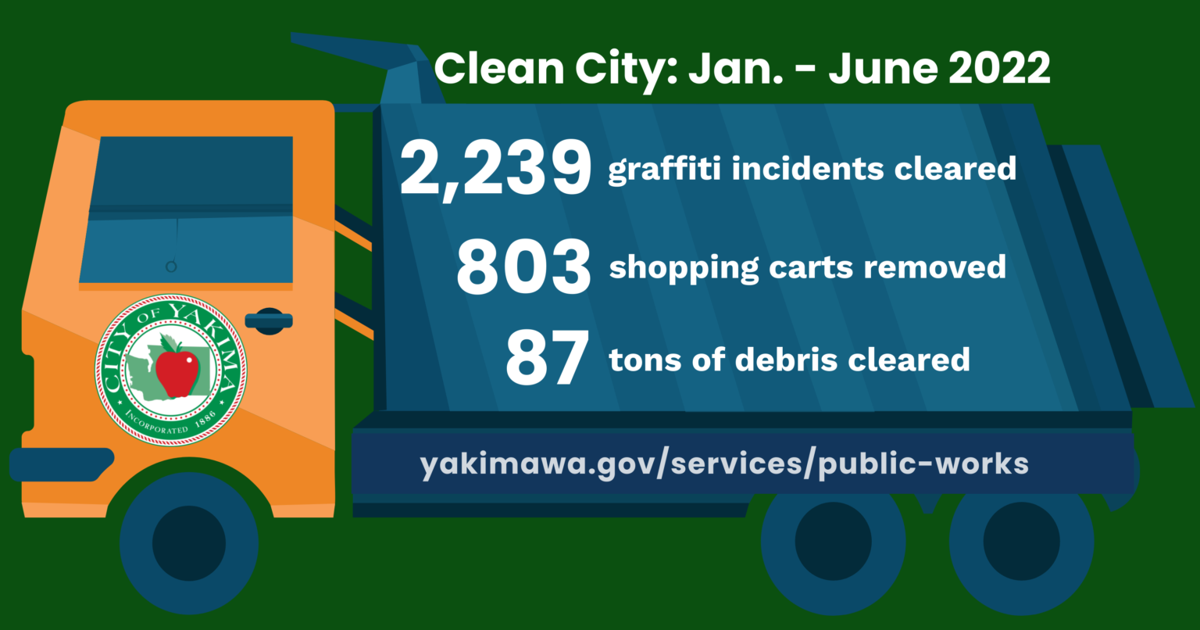 In just six months the City of Yakima has seen cleared over 87 tons of trash cleared. The Yakima Clean City Program was first developed in 2019 to address visual trash and graffiti, address the lack of trash clean up, clean-up homeless encampments and more.

One of which also included supporting the Yakima Police Department with unlawful camping enforcement.

You can find more information about the City of Yakima Public Works Department by going to the City’s page.